Hence the PPM (Particle per Million) TDS value (Total Dissolved Solids) gives the sum of total dissolved solids in water. While these solids may be salts, minerals, and metals. Mostly Sodium and magnesium salt fond dissolved. TDS measured in PPM.

Hence the conductivity of the water or any solid/liquid measured indicates ions are in the water. While TDS meters typically quantify this conductivity in micro siemens UCM or MCM. The latter stands for parts per million, i.e. the number of solid particles per one million water mixture particles. Hence A value of 40 ppm means that from one million particles there are 40 dissolved ions and the rest (= 999 960) are water molecules.

What does it mean about the water quality?
DM water with a ppm value of zero is automatically free from any pesticides and drug residues, is far from it. All the TDS meter measures are merely the number of ions in the water. Most of the pesticides, hormone-disturbing substances, and drug residues are usually no ions!

In short: water with a low ppm value is virtually free from salts and minerals, but can hide a large cocktail of non-ionic chemicals in itself. The result of a TDS meter is therefore not very meaningful with regard to the actual water quality. while Other analytical methods or a water analysis by a reputable laboratory may be better suited to find out about the actual water quality.

While if you want to check the functionality of an osmosis system, Hence the mere TDS values are not suitable as an indicator of the water quality. Hence extensive and detailed water analyzes are often very expensive and only reflect a snapshot; they are only advisable if the drinking water is to be tested for individual substances. It often makes more sense to invest in a high-quality water filter right away.

Calibration
Knobe Provided on front / Back

There are no reviews yet. 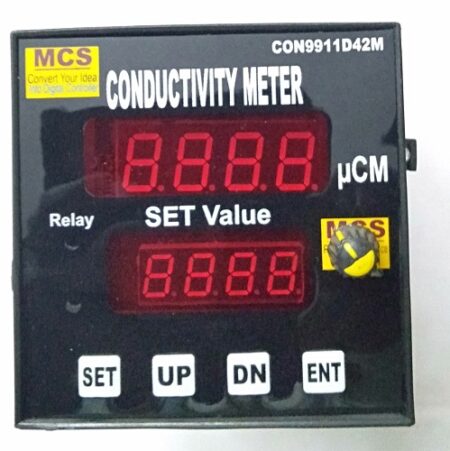 Chat with us 👋
Call Us Now
Navigation
Close

Great to have you back !

Great to see you here !

Sorry. No results match your search.

You can see who we've worked with near you that you might know for a reference by browsing our hierarchical portfolio directory below. For online ph meter, cities we serve include Dādri, Dankaur, Dāsna, Delhi, Farīdābād, Ghāziābād, Greater Noida, Gurgaon, Karol Bāgh, Nāngloi Jāt, New Delhi, Noida, Palwal, Pitampura, and Sohna.
Translate »