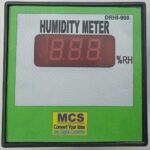 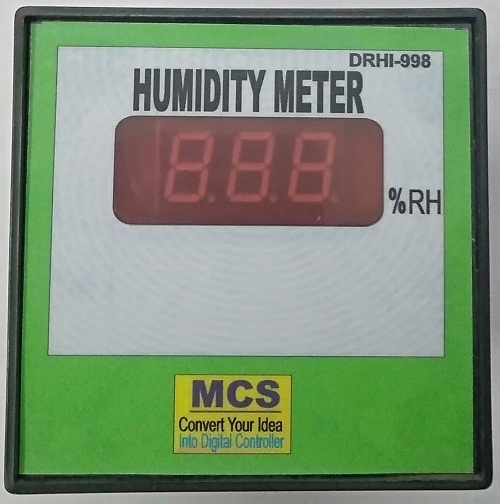 Absolute Humidity is the total amount of water contained in a parcel or volume of air. In another word we can say Absolute Humidity is the mass of water vapor divided by the mass of dry air in a certain volume of air at a specific temperature.
• The higher Temperature of the air is, the more water it can absorb.
• Absolute humidity is the measure of water vapor or moisture in the air, it is regardless of temperature. It’s expressed as grams of moisture per cubic meter of air (g/m3).
(2) Specific Humidity
• Specific humidity is the quantity or mass of water vapor in a unit mass of moist air, usually it expressed as grams of vapor per kilogram of air. It indicates the actual amount of water vapor present per kg of mass of air. • For instance- if 1 kg air holds 10 grams of water vapor, the specific humidity will be 10 grams per kg of air or 10 g/kg. • The specific humidity of saturated air increases rapidly with increasing of temperature.
(3) Relative Humidity
• Relative humidity is the ratio of the absolute humidity at a given time to the maximum moisture-holding capacity,
Relative Humidity depends on current air temperature. It is expressed in percentage (%). • Relative humidity doesn’t tell us actual quantity or mass i.e. how much water vapor is present in the air, it indicates what percentage of the maximum vapor pressure has been reached.
• For example, let the maximum vapor holding capacity of a certain volume of air be 100 kilograms of water. Suppose this volume of air is actually holding only 40 kilograms of water. then The relative humidity would be 40 kilograms out of 100 kilograms, or 40% because only 40% of the maximum vapor pressure or weight holding capacity is being used.
Mixing Ratio
• The mixing ratio is defined as the ratio of the mass of water vapor in an air sample or parcel to the mass of dry air for the same parcel. • The mixing ratio is approximately equal to Specific humidity.
• As temperature decreases, the amount of water vapor needed to reach saturation also decreases.
Important Process and Terms
• Latent heat: It Shows the heat required to convert a solid into a liquid or vapor, or a liquid into a vapor, without a change of temperature.
• Fusion: the process of causing a solid material to melt with intense heat. for Example- changing of ice into liquid water.
• Evaporation: it means when a liquid turns into a gas. When water is heated, it evaporates. The molecules move and vibrate so quickly that they escape into the atmosphere as molecules of water vapor. Evaporation is a very important part of the water cycle.
• Sublimation: Sublimation is Indicates the total conversion between the solid and the gaseous phases of matter, with no intermediate liquid stage. It happens when ice or snow directly becomes vapor and water vapor directly becomes ice or snow. For example-sublimation is the process of snow and ice changing into water vapor in the air without first melting into water.
Freezing: it is a phase of transition where a liquid turns into a solid when its temperature is lowered below its freezing point.

Screw Provided Back Side

There are no reviews yet.

Great to have you back !

Great to see you here !

Sorry. No results match your search.